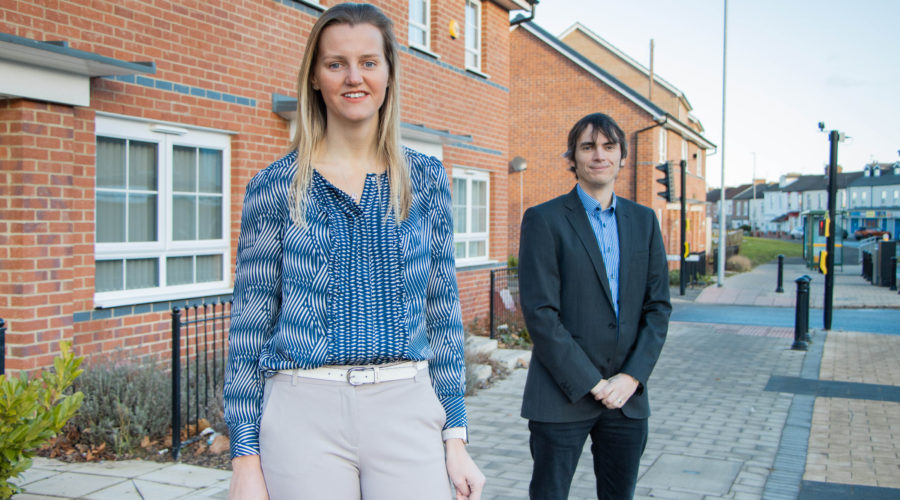 Hellens Group, the property, construction and regeneration specialist with offices based in Stockton-on-Tees and Washington, has welcomed two new financial managers to oversee both the group and its Oakdale manufacturing business.

The pair take up their roles amid a period of growth for Hellens Group, including new developments in Houghton, Darlington, Washington and Teesside, and Hellens Residential being named as the fastest growing ‘small’ company in the North East for the second year in a row.

Rachel Bradley said: “Hellens Group is a fabulous place to work and very exciting to be involved in the future plans and developments.

“I joined part time as a student when I was doing my degree in Business Management and have grown with the company with a lot of support from the team. In fact, Hellens Residential is sponsoring me through my CIMA qualification to become a chartered global management accountant as part of my current role.”

Andy Johnson said: “My past roles have provided me with a breadth of experience, both financial and non-financial, across various sectors, including property development and construction.

“I was looking for new challenge and am excited to join such an established organisation with a talented team already in place and exciting plans for the future.”

Gavin Cordwell-Smith, chief executive of Hellens Group, said: “Hellens Group is going from strength to strength, and we’re delighted to have such talented individuals heading up our finance teams.

“We’re looking forward to working with Andy and Rachel and helping them grow their careers within the Hellens family.”

Hellens Group’s flagship project, Burtree Garden Village in Darlington, will deliver 2,000 new homes and 200,000 sq m of employment space as part of a new proposed sustainable community A planning application is due to be submitted later this year for the first phase of the project in conjunction with Homes England.