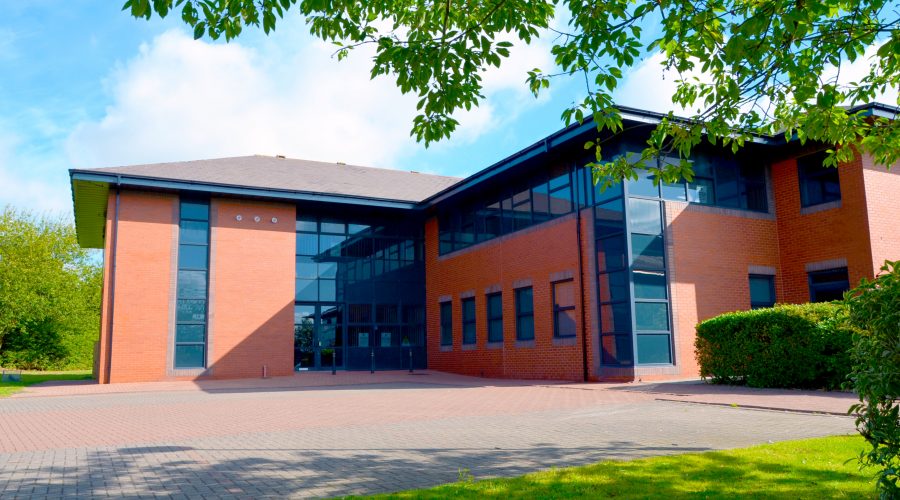 The pace of change in business is rapid and commercial landlords who are prepared to make the financial investment to offer a higher standard of office accommodation can attract major brands over the long term.

Occupiers are also among the first to benefit from a £75m scheme to create the North East region’s first ever triple-decker roundabout at the junction between the main A19 and A1058 coast roads. The landmark, along with a new stretch of road forming a main route to and from the Tyne Tunnel, has been part of the Northern Powerhouse initiative to benefit businesses of all kinds.

One of those businesses is Nirvana Europe Limited, which provides specialist travel and accommodation packages for competitors and spectators to sporting events all over the world. Ken Morris, chairman at Nirvana Europe said: “From the moment we walked into Osprey House to have a look, we knew it was perfect for us.

“We’ve been here just over a year now and not been disappointed, with either the property or Hellens Group as attentive landlords.”

Nirvana Europe’s neighbour, the national charity Barnardo’s has been equally pleased with its decision to make Osprey House its regional base. Kevin Young, Property and Facilities Manager for Barnardo’s east region said: “The UK’s largest children’s charity Barnardo’s – which nationally supports 300,000 disadvantaged and vulnerable children, young people and families – has recently moved its North East base to Osprey House.

“It opted for Osprey House because of the office’s size, location and accessibility for the 23 members of staff based there. Early feedback is that people appreciate being in a light and airy office space, with plenty of windows and easy access to key roads within walking distance of the Silverlink shops.”

Osprey House is conveniently located between another small business park and Silverlink Retail Park, meaning not only is it just over seven miles from Newcastle city centre, and only 20 minutes from Newcastle International Airport, but it’s surrounded by a huge range of amenities, from shops to hotels and restaurants, and even a children’s nursery.

Gavin Cordwell-Smith, Chief Executive of Hellens Group said: “Osprey House offers energy-efficient and comfortable, modern accommodation, within an easy-to-reach location that would be ideal for a whole range of employers.

“The nearby infrastructure improvements, which are part of the government’s five-year £15 billion roads investment programme, gave us a great opportunity to complete our own refurbishment.

“Our aim was to create open plan and adaptable office spaces with raised floors, suspended ceilings and recessed lighting, along with partitioned meeting spaces, a separate server room and parking for 48 vehicles. There is also a generous reception area, male, female and disabled WCs, an eight-person passenger lift, and brand-new kitchen facilities.

“We’re very proud the work we’ve done has resulted in such fantastic feedback from our tenants.”

Part of the first floor and part of the ground floor at Osprey House remain to let, with smaller suites available up to 5,756 sq ft.