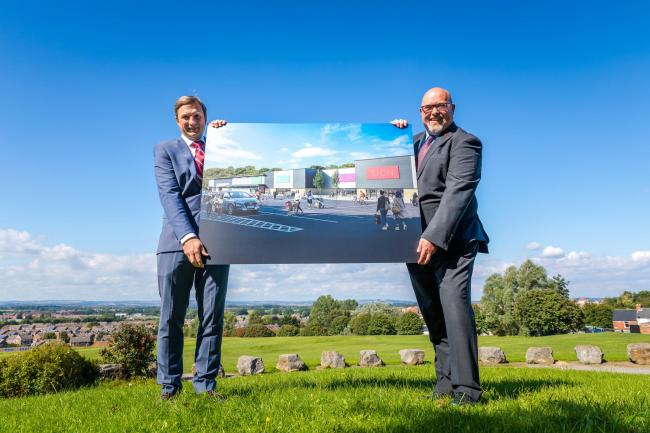 PLANS have been submitted to redevelop the site of a former colliery, which has stood empty for 40 years.

Now proposals submitted for planning approval reveal the company’s ambition to bring a number of major new retailers to Houghton town centre to enhance the choice for local residents and draw people back into the area to support existing shops and businesses.

The development – which will transform the site which has not been active since the early eighties – could create a significant number of new retail jobs, as well as opportunities for local people and businesses during the construction phase.

The planning application submitted by Hellens Group outlines plans for a vibrant new retail offer, with a range of units that are expected to become home to well-known brands as well as independent retailers.

Councillor Graeme Miller, leader of Sunderland City Council, said: “This is a significant investment that will be transformational for the Houghton area, bringing with it jobs for local people and an enhanced retail offer for the town.

“Importantly, it will complement the existing offer in the area, creating a more compelling reason for people to shop locally in Houghton, which is vital to support the businesses that are already operating in the area.”

The site will see the development of 3,600 sq mts of new retail space. If plans are approved it is expected that work on the scheme could begin by Spring 2021.

Cllr Miller added: “This site used to provide the economic heartbeat of Houghton, supplying livelihoods for most of the families in the town – it is only fitting that once again it will be a source of hundreds of jobs and help drive prosperity in the town.

“This application is an important step forward in delivering a development that will bring investment, jobs and prosperity to the area.”

Gavin Cordwell-Smith, Chief Executive of Hellens Group, said: “We are delighted to be moving forward with the proposals for a new retail development in Houghton le Spring to complement the existing retail offer.

The local residents have been waiting for a number of years to see something happen on the site. As a Sunderland based company we are pleased to be able to invest in the local area.

We hope to attract some well-known brands to the site and enhance the existing shopping offer for the residents of Houghton le Spring and the surrounding areas.

Subject to obtaining planning permission, we are looking forward to seeing this development commence on site.”

Houghton Colliery shaft opened in 1827, according to local historians. It closed in September 1981, with a workforce of around 250 people.