Success for Seaham Coast u11 girls 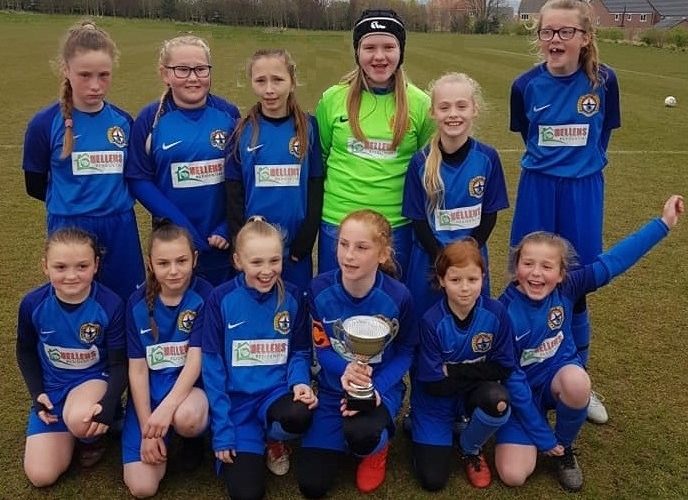 Hellens were delighted to receive a recent update from Seaham Coast u11 girls football team. The girls have been flying recently, with the season coming to an end and tournaments coming in currently the girls are second in the premier league 5 points behind leaders Boldon CA (who have played two more games than Seaham!). The two teams are set to play each other in an epic showdown on the final day of the season!

Seaham Coast u11 girls have also just been crowned league shield winners and hope to continue their success when they travel to Skegness for a major tournament but they will be up against some tough opposition in Leicester city ladies and Mansfield ladies.

We wish the team the best of the luck at the tournament and will be keeping everything crossed!