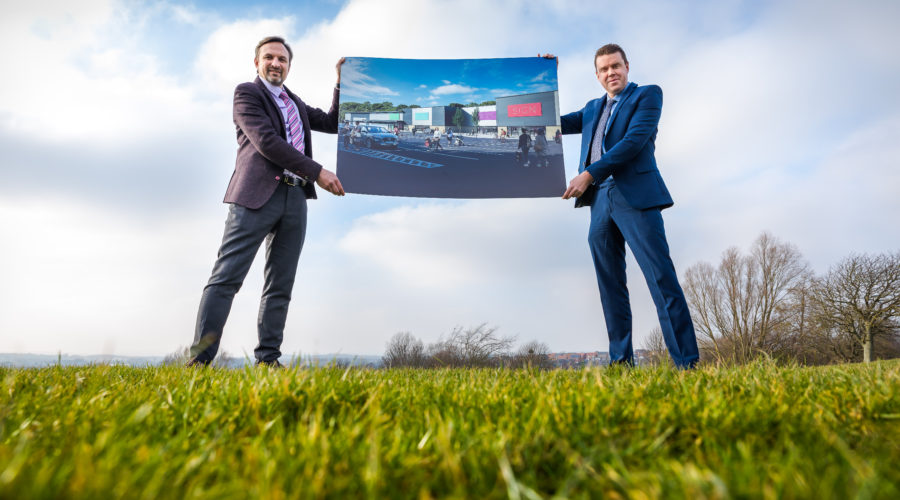 Tesco has been unveiled as the anchor tenant on the former Houghton Colliery site, as final plans are submitted for consideration by Sunderland City Council.

The plans are part of a £15 million retail scheme development that has been in progress since 2019 when Sunderland City Council’s cabinet agreed to sell the former colliery, which had been empty for 40 years, to Hellens Group and Fintry Estates.

The Tesco supermarket, which is expected to create around 80 jobs, will cover a footprint of 4,200sqm. Customers will be able to make use of electric vehicle charging points and recycling facilities in a 330-space car park. Tesco will also provide a petrol filling station on the site.

Tesco has extensive community programmes and the supermarket will ensure local charities and groups benefit from the schemes it runs.

These include Tesco Community Grants, a fund where local charities can apply for financial support that benefit thousands of community projects and good causes across the UK.

In the Sunderland area, the scheme has already donated a total of £165,466 to 75 different groups.

The store will also welcome local charities to join it’s Community Food Connection  scheme where surplus food that is still fit for purpose, is donated every day to those who need it most in the local community via Tesco’s ongoing partnership with FareShare, The Trussell Trust and Olio.

Tesco stores in the Sunderland area have donated more than 199,369 meals to charitable organisations since the scheme began.

In addition to Tesco, popular discount brand, Home Bargains, will also open a 1,900sqm store on the site. In total, the two sites are expected to create around 100 new jobs.

As well as plans for the retail park, proposals for a permanent sculpture that will pay homage to the area’s mining heritage were revealed earlier this year. Ray Lonsdale, the artist behind Seaham’s famous ‘Tommy’, has been commissioned to create the installation.

The planning documents previously submitted to the council have been updated, removing provision of a fast-food outlet on the site which was included in earlier plans.

Gavin Cordwell-Smith, chief executive of Hellens Group, said: “The aim of our Houghton Colliery development is to contribute positively to the town and its economy, creating an attractive retail destination and jobs for local people in the process.

“As a Sunderland-based company, we are delighted to be able to announce our partnership with both Tesco and Home Bargains in delivering this project, which will provide an enhanced retail offer to the local community in addition to significant employment opportunities. Pending approval from Sunderland City Council’s planning and highways committee, we look forward to making progress on site.”

Matthew Price, development executive at Tesco, said: “We are very excited to be working with Hellens Group to open a new store in Houghton-le-Spring.

“There is strong demand locally for a new store to give local people more choice of where to shop and we believe the new store will make a strong contribution to the town. We look forward to supporting the local community and welcoming new customers.”

Cllr Kevin Johnston, portfolio holder for Dynamic City at Sunderland City Council, said: “The news that Tesco will be the anchor of this exciting development for Houghton will be a real boost for local residents, as well as businesses in the area who will see increased footfall in and around the town.

“We’re delighted to see progress with this important development, creating jobs for local people and boosting the local economy.”